Shane grew up in middle Tennessee and was a charter member of Music City Mystique from 1995-99. Since his age out from Mystique, he has been an important part of Mystique\'s personality. He has been instrumental in this group for 18 years thus far in his capacity as a member, Battery Arranger, Visual Designer and Program Coordinator. His innovative and trend setting musical and visual designs have become a mainstay in the WGI, BOA and the DCI arenas. He is also a proud artist and clinician for Innovative Percussion, Dynasty Drums, Evans Drum Heads\\Planet Waves, and Zildjian Cymbals. Shane has written over 100 WGI shows and over 70 marching band shows.
In 2009, Shane joined an elite group of signature artists when Innovative Percussion introduced the Shane Gwaltney signature marching snare drum stick.
Presently Shane lives in Fort Walton Beach, Florida. He is the Percussion Caption Head for the Phantom Regiment Drum and Bugle Corps from Rockford, Illinois and Battery Arranger and Visual Designer for Music City Mystique from Nashville, Tennessee.
shanegwaltney.com

Dave McCarthy
Dave McCarthy is a native of Revere, Massachusetts, and began his marching career with the 27th Lancers Drum and Bugle Corps in 1981. From 1988 to 1991 he was a member of The Cadets of Bergen County Drum and Bugle Corps. As a member of the 1990 Cadets, he was part of both the DCI World Championship, and High Percussion Award.
Upon aging out of The Cadets, Dave taught the Boston Crusaders and The Marauders Drum and Bugle Corps. Over the years he has taught and consulted for high school band programs in Massachusetts, Georgia, Tennessee and most recently
Florida. Additionally, Dave has also been the visual designer for several marching bands in the southeast
Dave is currently a visual judge for Winter Guard International (WGI) Percussion Division. In addition to his adjudication role with WGI, Dave has judged nationally for many regional circuits including, SCPA, MAPS, SCGC, SAPA, IPA, FFCC, MCCGA and SFWGA. During the fall marching band season, Dave is also a nationally recognized visual judge.
From 1995 to 2001 Dave was part of the design team for King Philip Regional High School Indoor Percussion Ensemble. King Philip was a finalist in the WGI Scholastic World Class each year including the 2000 WGI PSW Gold medalist. From 1997 to

2006, Dave served as the Marching Caption Head for the two-time BOA Grand National Champion (1998 and 2002), Lassiter High School Marching Band of Marietta, Georgia. Dave continues to maintain a role with the Lassiter marching band program.
Dave recently relocated back to the Marietta, GA area, where he resides with his wife Shoie and his two beautiful daughters Ava and Quinn. Dave earned a Bachelor’s Degree in Business Administration from Southern New Hampshire University and an MBA from Kennesaw State University in Georgia.
Mark Thurston
Mark joined WGI Percussion in 1996 as a judge, and then served as the Educational Director in 1997-1998. He became Percussion Coordinator in 1999 (a position he still holds) and has been the guiding force behind the exceptional growth of the indoor percussion activity ever since. In 2006, Mark was inducted into the WGI Hall of Fame. Mark also served as the caption head and arranger for the Crossmen Drum and Bugle corps from 1984 to 1996. Mark Thurston has been involved with several marching ensembles as a writer, teacher, and consultant. 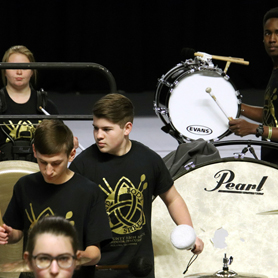 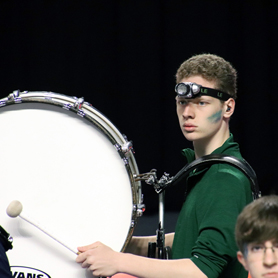 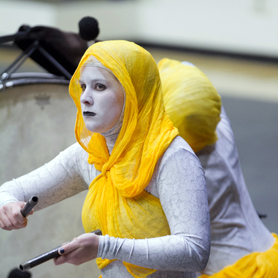 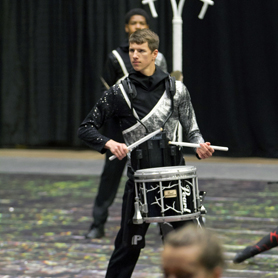 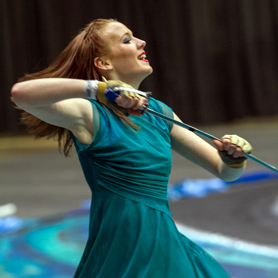 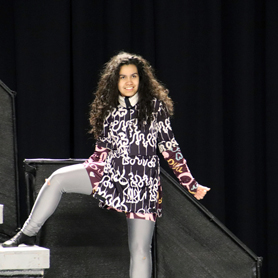 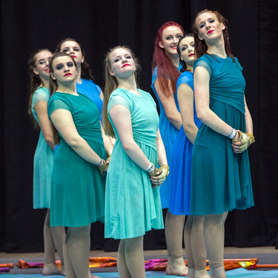