Below are proposals which have been submitted for the June Advisory Board Meeting......

Rational: Many of our units are on the border between circuits and though we are happy to have them as members of the SCGC, the circuit should not discourage participation in local events simply because of championships qualification requirements.

Title: 2009-02 Reduce fees for units from same school or organization

Rationale: Some units are combining experienced members with novices because they have limited funds.  This results in units competing in a class that is either too hard for the novices or not challenging for the veterans.  Some beginners drop out because it is too difficult and some veterans loose interest because they are not learning new skills.  Some schools are forced to choose between guards and drum line.  Schools or organizations are not fielding a novice/beginner group that means fewer students are being exposed to the sport.  Members of novice/beginner groups experience some early success, which encourages them to continue.  New students entering the sport and new schools fielding a unit results in broadening the appeal and exposure of the sport especially to those who are not currently involved.

Rationale: The West Tennessee region is currently not being served by any circuit. We do have 7 scholastic units and 1 independent unit from that do participate in SCGC from time to time. There are at least 4 units that are independent, meaning they go to whatever local venue is available. Although the circuit has a contest just across the border from , there has been no evidence of interest in expanding their circuit into . The Arkansas Circuit is very new and still does not have any depth at this time. Geography has the area isolated from any championship.

Referred to: Color Guard Advisory Board

Rationale:  This system will hold adjudicators accountable and will reinforce caption integrity while maintaining consistency as outlined by the WGI scoring system.  Any extreme adjudication discrepancies would be countered through the double panel system, and the potential negative impact on participating guards would be minimized. As the SCGC adjudication system stands now, it takes only one adjudicator to place a guard much lower than the rest of the panel.  A double panel would decrease these instances and maintain scoring consistent with other adjudicators.

Financial Impact:  While this policy would call for additional expenses of the double adjudication panel, including standard SCGC adjudicator fees, meals, travel, and housing expenses, the proposal is indicated only for championships and would, therefore, be minimal.

Proposal: Create an annual Educational SCGC event to include training for both performing members and staff. Event to include classes in flag, sabre, rifle and movement technique for performers and design and management courses for instructors.  Appropriate funds accordingly to bring in the best possible educators.

Rationale: Education is and should continue to be the primary focus of the circuit.

improve the quality of our members.

Financial Impact:  Cost of staff and teachers for the day.  Housing for staff, Tshirts

for students (maybe donated?).  Charge for attendance should off set the cost.

Proposal: Dividing Scholastic A Class Marching Percussion into at least 2 Classes. The new Class would be for less experienced marching groups that have less resources, than the Class SA national groups. The new class could be called SA Regional or anything else. The Directors would enter their group in the class they feel appropriate for them and the percussion judges would have the power to promote the group to the next class when the groupπs achievement warrants a move.  This is in line with practices of the color guard classifications and will enable percussion groups to concentrate more on training and less on competition.

the largest class in SCGC. The new class(es) would encourage new groups to

join the activity. Providing a class for educating the less experienced groups without the demands of being judged with national level groups.  This class would allow for growth of the activity and educationally sound training of the students.

Financial Impact: The cost of awards for the new class. Usually the contest hostís responsibility.  The cost is negligible.

Proposal:  To have 2 out of 3 judges be WGI certified at all shows.

Financial Impact: This may raise the circuit cost for units, do to travel for the judges.

Proposal:  To have the judges that are not WGI trained, trained by a WGI official prior to the first show of the season, such as Mark Thurston or Andy Sanders.

Rationale: This will keep the judges current with the rest of the country and up to date with the direction the activity is going.  This will improve the learning process for the circuits and their staff.  This will also educate the judges in the process of ranking and rating the ensembles and keep judges that are not qualified from judging.

Financial Impact: This may raise the circuit cost for the units, do to the cost of the clinician hired to educate the judges.

Proposal:  To have all units fill out critique sheets over the judges prior to entering critique.

Rationale: This will keep the staff and directors up to date with listening to their tapes as well as learning more about what to listen for with in the judgesí comments.  This will also help in the education with the judges; this will aid in giving them appropriate feed back and keep them on track with the chief judge.

Proposal: To have all 1st and 2nd year groups required to have mentors.

Proposal:  Two thirds of a SCGC judging panel will be WGI trained.

Proposal: Change the current times of first on Saturday to a yearly rotation

Rationale: For units in these two classes these early time can dictate an over night stay in order to be to the venue by the prescribed time. A yearly rotation would spread out the out the number of time over two or three years that the overnight would be required.

Financial Impact: To SCGC ónone. To individual units, savings on the years that they do not stay over night to be ready resulting reduced cost over the time of the rotation.

Proposal: To have the judges keep the first three sheets when the percussion class reaches over eight units.  This is so the judges can go back and change a number if need be.

Rationale: This will keep the judges from boxing themselves in.  The first group on may be the best group of the show and therefore get a lower score due to contest dynamics.  It is hard to rank and rate right out of the gate and compare a line to nothing you have seen yet.  This will hopefully keep the recaps more accurate as the show goes on.

Rationale: This is a large class with wide extremes. Creating a

"AA" class would allow for progress reward. Similar to the CG division, once a unit achieves beyond a certain level, they would be reviewed for promotion to the next level. 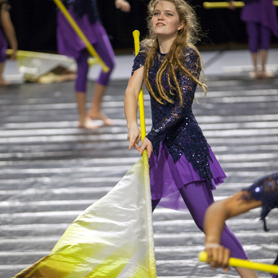 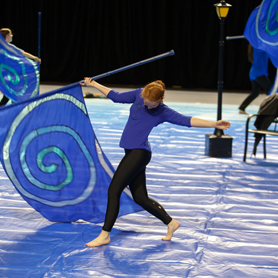 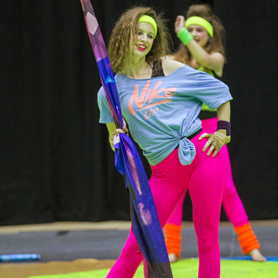 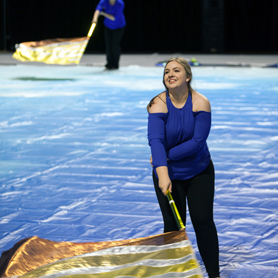 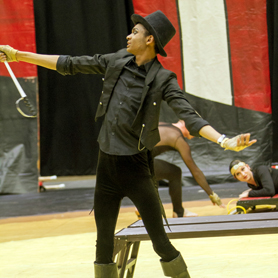 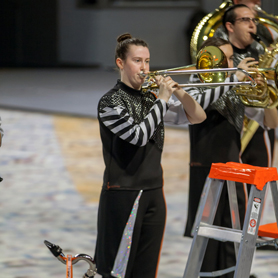 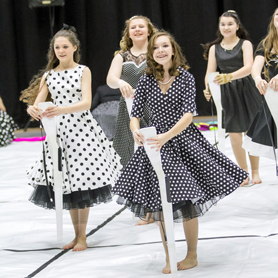